As our country, and the world for that matter, began to wind down at the end of 2015 and prepare for 2016, the Federal Reserve Bank took the opposite approach and raised its target interest rate for the first time since 2006. The move of twenty-five basis points into a range of .25-.50 percent from 0 to .25 percent signaled the end of easy monetary policy and a bellwether toward what was to be a consistent, robust economic growth in 2016. Despite US GDP figures evidencing a down trend from Q2 through Q4 2015 (3.9%, 2%, and 1.4% for quarters 2, 3 & 4) the Federal Reserve Bank felt that an increase was warranted. As 2016 rolled in, our stock markets dropped precipitously, with the DOW dropping roughly twelve percent, yet consumer spending which accounts for more than two thirds of our economy continued to grow, albeit at a tepid pace.

Flash forward to today and our stock markets have taken back what they have given up, and although the Federal Reserve continues to remain cautious as to when they will (or will not) choose to raise their target interest rate, the demand for goods and services continues. This demand has greatly increased the demands that businesses throughout the country have with regard to their real estate needs. Locally, proof of this can be evidenced from the historically high per square foot asking prices for warehouses in the state of New Jersey. With asking prices exceeding the $100 per square foot level for “C” class warehouse space in Northern New Jersey, often resulting in sale completions near their asking prices, there are two points to be made. Those in need of space cannot find what they truly need and are in fact choosing availability over price, while those whom are not in need clutch to their potentially saleable inventory waiting for a signal to let go. With development projects underway and a plethora of new inventory both for sale and lease coming online in 2016 and 2017 that signal may be approaching.

Our economy is in fact what seems to be moving toward a continued path of growth on the heels of the consumer with both confidence and spending increasing. While this bodes well for the industrial real estate sector in terms of demand growth, it is important to recognize that the level of economic growth is slow and that it can and will be influenced by everything from fuel prices to home values and the availability of credit. Should a change in any of these factors, or otherwise, negatively impact the strength of the consumer, there will be a direct impact on the demands of businesses and their real estate needs and this period of hyper demand may quickly fade. While it is difficult if not near impossible to perfectly “time the market”, I have heard and held onto a phrase that seems to provide a bit of market wisdom at this juncture; “When they’re yelling you should be selling, and when they’re crying you should be buying”, and right now there does seem to be a lot of “yelling”. 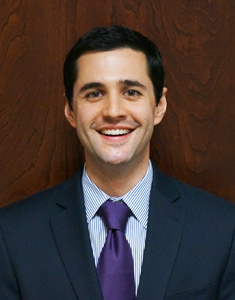