The online e-commerce shopping boom sure has put a dent in retail and commercial real estate space as a whole, but is the damage getting worse or can industrial real estate bounce back and remain solid? The next downturn in CRE will be catalyzed initially by a stagnant economy and low growth, followed by multiple years of mild-to-escalating recession, credit re-rating, and demand for higher risk premiums by capital providers. Income growth will slow or go negative in the medium term, cap-rate compression will cease, and finding new tenants will be very difficult. With this happening, we will also witness aging demographics and subtle changes of consumption baskets and lifestyle, that revolutionize the format of office and retail.

Private medical buildings will be a big occupier of these retail and industrial buildings in the future and the industries typically must adapt by reducing exposure to very conventional, plain-vanilla office and retail. Investing in specialty CRE must address changing lifestyle needs such as technology, healthcare and education. Operational teams will require new expertise. The next downturn could be healthy for our industry, because we are at absolute capacity with new construction, training workers, educating/recruiting talent. Yes, retail has been dinged and office is changing, but adjustments will be made and the ability to find carpenters, engineers and the material supply to build a house is worrisome. I believe we need a pause, and that a downturn won’t require so much of an adjustment. After all, everything can be converted, and most things fix themselves. It’s just a matter of changing with the times.

Although the economy has been doing well with the lowest unemployment in decades and job creation through the roof, retail has still suffered. While the industrial sector is booming with vacancies at their lowest levels since the industry began monitoring such statistics, the retail sector is struggling. According to Ten-X Research, the same trend and surge in e-commerce is an influential factor in both sectors’ performances this cycle. “E-commerce sales have roughly doubled as a proportion of overall retail sales over the last decade, currently totaling around 15 percent of total retail sales,” says Peter Muoio, Chief Economist with Ten-X Research. “Demand for retail space now is limited, and market vacancies are stagnating.” 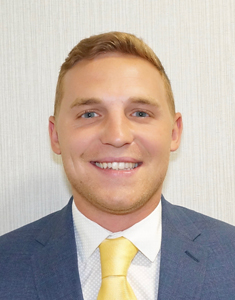