It has been often reported and well recognized that the Central New Jersey Turnpike corridor has undergone tremendous absorption of industrial space over the last few years. In fact, there has been enough shrinkage of inventory to spur further speculative new construction. Monmouth and Ocean counties, though on a far smaller scale, have exhibited a similar feverish increased demand for warehouse space, especially related to properties for sale. At this point in time, it appears, confirmed by databases, that there are only three buildings in excess of 30,000 SF available for purchase in the two counties.

The following example, though anecdotal evidence, is indicative of demand acceleration. Located in the Lakewood Industrial Park at 480 Oberlin Avenue South is a 44,400 SF structure, which was introduced to the market by The Blau & Berg Company in mid-2012. The building owners had sold their food manufacturing business and were winding down
operations at a controlled pace. After a couple of months of marketing, we had identified a partial tenant for 60% of the building and the tenant took occupancy less than 30 days after the Seller’s termination of manufacturing operations.

The owner continued to occupy 18,500 SF of the structure to wind down its business and conduct the orderly disposition of business assets. Sales activity was modest, and after approximately a year, a contract was entered into between the Sellers and an entity that was introduced to the property within the first weeks of marketing activity. The closing took place at $68 per SF after about 18 months, as the Owner continued to occupy and the transaction was subject to NJEDA approval.

Nine months after the closing of 480 Oberlin Avenue a similarly sized building, owned by the same owner and located two doors away at 450 Oberlin South, consisting of 42,868 SF of manufacturing/distribution space, was introduced to the market by Blau & Berg and the ownership proceeded to conclude a subdivision from a third building owned by them at that location. Though interest was now strong, there was more interest in the sale of the building as a package with the adjacent 61,500-SF structure, which was subject to 18 months of remaining lease term. Before six weeks had passed, seven parties submitted offers for one or both structures. A decision was made to sell them both.

Negotiations continued and five bidders were asked to submit last and best offers without the benefit of a financing contingency. This group was reduced to two contenders who produced proof of funds and a selection was made. The contract price was 20% greater than the earlier transaction. This marks the 34th building sold by me in the Lakewood
Industrial Park. Some more than once.

It is safe to say that the appetite for acquisitions has not been sated. There are reported transactions that have never been exposed to the market and one owner indicated to me that he entered a contract for sale with a forward commitment to close, incredibly, in two years’ time. Currently there are only five units in the rental market exceeding 10,000 SF and new construction has begun. As one might expect, land sites zoned Industrial in nearby communities are developing more activity. It would appear to be a rosy picture until something occurs to change transaction velocity. Sooner or later it always does. 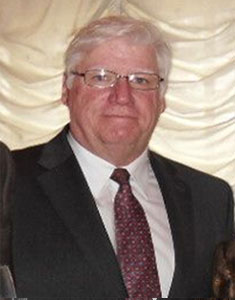