In commercial real estate, we have all observed how changing demographics have forced companies to change their goals and aspirations. Twenty to thirty years ago, developers who helped create the market for condominiums to fit a segment of the population, have changed their building plans today, towards luxury market rate apartments which may include a housing component.

In the late 90’s and early 2000’s, a much larger gap was created between the middle and upper class. Many families who under normal economic conditions would have been able to purchase a home (the great American dream) were caught in a severe credit crunch. Banks realized that their benevolence in the past in granting mortgages to most applicants was now a thing of the past. Also, because of large unemployment and the country’s slow growth rates, people simply did not have cash for a down payment. So, apartments now were the place to live instead of a house or condo. This demand created a demographic change for builders. Today, other factors also come into play and are driving a certain type of luxury rental apartment complex; one that is close to “Town Centers”, one that is in close proximity to a railroad station, and one that replaces a deteriorating home or retail complex.

The changing demographics that are in play are as follows:

• An increasing divorce rate where a divorced party gains some independence in a new efficient setting.
• A new situation for Millennials where they get a chance to live in a structured environment (instead of mom and dad’s basement) with easy access to NYC by NJ Transit. Married couples can also test suburban communities (with the hopes of eventually buying a house) like Denville and Waldwick (recent towns welcoming apartment construction).
• Many tenants living in NYC are being driven out of the city by exorbitant rental costs.
• The best of both worlds where retirees can now move to Florida for six months plus one day (establishing residency) during the winter and return for the summer season to hang out with family, grandkids and friends for outdoor fun.

So, developers have an opportunity to meet the changing demographics to make a product which gets the blessing of the town’s mayor and council by eliminating an eyesore to the public. At the same time, this brings financial benefits to the town itself. To do this, there must be conformance to the LOCAL REDEVELOPMENT AND HOUSING LAW which covers certain areas to name a couple such as:

• Deterioration in properties such as housing, commercial and industrial installations that support community life.
• The adoption of a redevelopment plan by the town (normally the town council). The developer can be of great assistance by providing drawings, renderings and expertise to the town council.

The Blau & Berg Company certainly have a role from the beginning. In our travels, we keep our “eyes open” for a type of property or properties that exist near a town center and railroad station. Then, seek out a quality developer who has developed these type of properties before. Next, foster a meeting with the mayor where the developer or representative of the developer can sell the idea of redevelopment to the #1 person in the town. Without that support from the beginning, there is no deal. With the mayor’s approval however, we can then go forward to the owner(s) with the developer and discuss a buy-out of their properties. The developer builds in the due diligence and contingency periods into the contract with the property owners. We can get listing agreements signed once the contracts are signed.

So, we are the explorers. It is a good adventure provided we can eventually bring all parties to the table. Let’s make the OPPORTUNITY a REAL one. 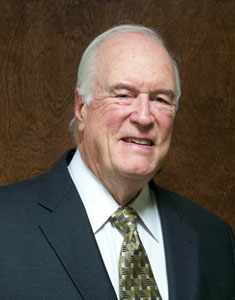