Not only does the average person know the term, but most have used it in a sentence at lease a couple of dozen times in the past 15 years or more. Multiply this usage times infinity, when you are in the real estate profession. Whether you are on the sales, investing, or financial side of the industry, you are far too familiar with the ambivalence the term brings to a room. This term can invoke a broad spectrum of emotions from anger, angst, or downright indifference depending on which side of the aisle one finds oneself.

For the sake of this article and for the benefit of the uninitiated, I decided to provide you with a connotative definition before we move forward. I figured a few keystrokes into Google’s search bar would quickly help me lay my foundation and set the tone for this editorial and VOILA, some of that instant anger I mentioned in the beginning. Google defines, (or has allowed gentrification to be defined on their page) as:

Insert mind blown emoji, hand over face emoji, or hands on side of head, mouth open in shock emoji. Yes, even the most refined of us understand “text speak” these days. Fortunately, a neighboring definition in the sponsored ad space from our friends over at Wikipedia present a similar, but far more palatable definition of our friendly neighborhood term for giving current residents “the boot”. Wiki defines gentrification as:

Compared to Google’s back office, let me say BRAVO Wiki. As I get back on topic and title, I want to be clear that this missive is not to argue for, or against the merits of gentrification, as we have all more than likely endured that conversation ad nauseum. We get it. Improved housing, attracting new businesses, lower crime, etc., good. Displacement of current residents, small businesses, and the ethnic mix of the area, bad! We can argue all the points in between in another forum. For this writer, one of the most tragic things is watching the urban landscape become as sterile as a suburban sub-division.

Take our beloved New York City, for example. Visiting Manhattan was once like taking a trip to WONDERLAND. The Upper West, Lower West, Tribeca, East Village, SOHO, Lower East side, and Hell’s Kitchen to name a few, all had very distinct characters. To peruse most of these neighborhoods now is to walk past more similar looking skyscrapers full of equally similar condos than should be legal. Did anyone think this through, or did every developer just copy each other’s homework? With retail, insert a branch of Wells, Chase, or BOA, right beside a Duane Reade or CVS. You have completed the Holy Grail if you have snagged a Starbucks. Now, as much as I like an AAA credit tenant when I am writing a lease, how have we forgotten that the removal of the bodega, the pub, the mom & pop coffee shop, the artist, the musician, the diverse racial and ethnic composition, all of whom can no longer afford to live or conduct business there, is to remove the very thing that made these neighborhoods “cool” in the first place? A place one actually wanted to visit. How do we find that healthy medium, and strike the balance of profits and preservation? Maybe a better working definition for gentrification could be the removal of the SOUL of a neighborhood. 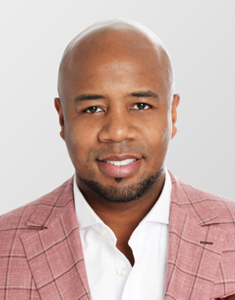