Entering 2021, the logistics industry continues to be an integral part of the growth in the industrial market.

Online retail has provided the Metropolitan region with invaluable reach throughout the pandemic. Online sales rose a massive 49% year over year, this holiday season. According to Statista, its projected growth of over 300 million online shoppers in 2023 is 91% of the entire country’s population. Amazon, one of the largest ecommerce companies in Northern America, has built a massive network of warehouses and distribution centers, including fulfillment centers, local delivery stations, in and out sortation hubs, Prime hubs and logistic yards. Amazon has become one of the largest logistic companies in the industry, currently with over a quarter of a billion square feet across the country. By comparison, according to CoStar stats, UPS operates over 70 million SF and FedEx over 40 million SF. According to Transparency Market Research, global revenue for the logistic industry is projected to reach $15.5 trillion by 2023. Amazon continues to exceed customer expectations with same day delivery, which drives them ahead in the logistic and retail industry.

Both third party logistics and ecommerce companies have been absorbing space in the metropolitan market. Landlords and developers have been trying to keep up with the demand by building additional distribution centers. These centers are usually built on a build to suit basis however, these days are more of a speculative basis. There is over 16 million SF in NJ currently under construction. Slightly less than half will be preleased prior to completion. Rents have continued to rise by ±4%, which is a drop compared to the 7% annual increase over the past five (5) years. Deal flow and the leasing velocity has picked up considerably, since the first three months of the pandemic, when most of the transactions were put on pause.

Two of the largest development projects under construction in New Jersey are by Greek Development. The 1.1 million SF at Logan North Industrial Park in Logan Township, and Linden Logistics Center’s 4.5 million SF in Linden. Alfieri’s 953,000 SF in Cranbury Half Acre Park has Amazon as its tenant, while Morris Companies’ Doremus Avenue’s 873,000 SF development in Newark is also close to inking a deal with a prominent logistics company. Additional developers under construction in New Jersey, but not limited to, include Hilco Global, WPT Capital Advisors, MRP Industrial, Duke Realty Corporation, Stryker, Carson Companies, Rockefeller Group, Crow Holdings and Adler Development.

Despite the ongoing covid-19 pandemic, the logistic industry has performed remarkably well and facilitated the economy to stay afloat.  As online sales continue to rise, it will also continue to drive the New Jersey metropolitan industrial market, it’s rental rates, footprint, etc. This will continue through 2021 and beyond. 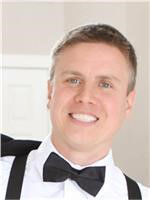