Demand for industrial real estate in the northeast had been on a steady climb since 2011. As we approached the natural “life cycle” of a typical 7–10-year growth period we were faced with a pandemic in 2020. The looming repercussions of the lockdowns forced the hands of lawmakers to subsidize its’ citizens to stay home and lower interest rates to stimulate the economy. This was an unprecedented global phenomenon. The after-effects of this would create massive inflation, and increased demand for goods, especially automobiles and luxury items as well as construction. This unparalleled demand created an enormous strain on the supply chain both on the production/manufacturing end as well as the warehouse logistics end.

To combat supply chain issues, we saw an “over-correction” on the part of e-commerce companies, logistic companies, and institutional investors. Sale prices and lease rates soared, and speculative construction moved only as fast as the land could be purchased and developed while leasing velocity outpaced the three prior cycles. Fueled by the low cost of debt it appeared that no end to this cycle was in sight.

Unfortunately, in March of 2022, the Federal Reserve began raising rates for the first time since 2018 to combat rising inflation.  Seven total rate hikes in 2022 brought rates from 0.25% to 4.5% in just nine months. This sudden, drastic increase in rates all but put the brakes on the locomotive-like momentum the industrial real estate market was experiencing. Investors were diligently trying to keep up with the continuous change in the cost of funds while still trying to be competitive with pricing. Property owners, who were previously cajoled into selling by record-setting prices, we’re now seeing a retreat into those values and deciding to hold on. Industrial lease rates mostly remained steady in 2022 despite a correction in sale prices.

Looking forward to 2023, the federal reserve has hinted at potentially two more rate hikes as it continues to combat inflation. Generally, the effects of federal rate adjustments can take months to realize. In this case, we may not truly feel the effects until the second or third quarter of 2023. The supply chain issues seem to be largely corrected outside of the coveted semiconductor chips. It is safe to say that investors will continue to look to get 1-2 points higher returns on real estate than in the bond markets. Essentially, a property that was throwing off a Net Operating Income (NOI) of $1,000,000 could have traded for a capitalization rate of 4% or $25,000,000, may be trading for a 7% capitalization rate this year, or $14,285,715. This is a $10,714,285 reduction or a 43% drop in value. Typically, when we see this type of change in the value, we find that the “institutional investor” gets priced out of the market and the “user/tenant” becomes the buyer.

Therefore, there is potential for a 20% correction on both lease and sale values and a shift in the buyer pool back to the users. We can also expect vacancy rates to tick up slightly higher due to decreased demand. I expect that 2023 will be seen as a correction year for markets that were artificially inflated because of the pandemic, but we will go into 2024 with further stability, provided the unemployment rate remains relatively low. 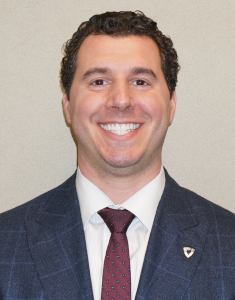