Although the ecommerce boom might seem like the savior of not only the real estate business, but also the many ancillary businesses that support it, the high demand for more space is also driving net rental rates up at record amounts. Historically speaking, in 2011 you could find a class A warehouse/distribution center within 15 miles of the Port Newark/Elizabeth area in the $5 – $6 PSF range. In that early stage of ecommerce, distribution was being handled either in the Delaware Valley where Amazon had their headquarters at the time, or by drop shipments – essentially a distributor, or owner of a product (we can use dog food as an example) would ship product from their own warehouse or 3PL rather than a hub where all products are delivered and shipped from a single location. Back in its infancy, ecommerce was essentially an electronic portal where servers for companies like Amazon would accept your order, collect your money, and pay the vendor to ship that product to your home. Due to the sheer volume of Amazon’s business, they would keep a 15% fee for the advertisement and use of their website.

However, in today’s world where customers no longer want to wait 3 days for their dog food to be delivered from South Carolina, the “last mile” business has started to thrive. Instead of a 3-day transit time, companies like Amazon have saturated major metropolitan areas with products that are in high demand to reduce the delivery time to a single day. In an area like Northern New Jersey with its proximity to the most wealthy and dense demographic in the world, ecommerce companies have taken as much class A space with in a 30-minute drive to NYC as they can get their hands on. This is all great for the large cash rich companies that can support the high rents that are demanded for this prime space, however, the smaller mom and pop companies are feeling tremendous sticker shock.

Many 3PL’s, consolidators, and wholesale food distributors are feeling the rental squeeze. Not to mention the trucking industry, especially as it pertains to the port business. These essential service businesses have kept the New York Metropolitan area not only stocked with essential day to day needs of residents, but have also provided tens of thousands of well-paying jobs. A traditional career truck driver who once lived fairly comfortably in the area is now having difficulty finding a good paying job as many of the fulfillment jobs are moving to less expensive markets such as the Lehigh Valley or the ports of Baltimore and Norfolk. These skilled professionals are forced to either take on OTR jobs, move to where the work is, or in the absolute worst case scenario go into the “last mile delivery business”. Where a professional truck driver was accustomed to making a $22-$30 hourly pay to handle the fulfillment business, now the last mile companies are paying less than $14 per hour and not proving benefits like 401k’s, and medical. That is nearly a 20% decrease in an economy where every expense to raise a family continues to increase.

Albeit the changes are happening slowly, and according to the Wall Street Journal, only 6.3% of the skilled labor in the metropolitan areas is feeling the pinch. Their prediction is that if industrial warehouse rents continue to rise and pay continues to decrease, by 2025 the percentage of working class individuals that will be struggling will be closer to 19%.

In a world where instant gratification seems to be a right rather than a privilege, in the near future it might end up costing us more than we think just to get our dog food 2 days faster. 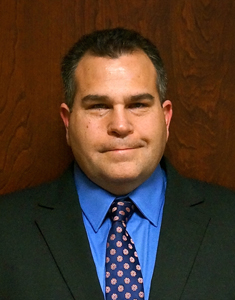