As we enter the first quarter of 2017, demand for commercial real estate continues its ascent to new heights, helping this cycle to be one of the best many have seen in the last thirty years. Most, if not all, of the larger markets have seen record-breaking territory. However, we also expect real estate demand to be strong in the smaller secondary and tertiary markets. Lawrence Yun, Chief Economist for the National Association of Realtors recently said, “Prices in smaller markets should continue to climb with strong tenant demand and declining supply of supporting growth.”

Another sign of continued strength in the smaller markets is that the Architectural Billings Index (ABI) had modest gains in October and November of 2016.  The ABI is a leading economic indicator for non-residential construction with a lead-time of approximately 9-12 months.  The relevancy of this index on the smaller real estate markets is that small and mid-sized companies that support the commercial construction industry believe that 2017 will be another strong year.  This will create demand for real estate due to increased hiring and additional space requirements.

K.C. Conway, Senior Vice President of Risk at Sun Trust Banks also stated, “…while the global economy remains in flux with high-debt ratios, the general state of the commercial real estate industry in the US remains strong due to the high volume.” Thus, the opportunity to find value still exists.

There are still a lot of unknowns that can affect the markets and economy, i.e. political, financial (such as future raising of interest rates) and global uncertainties, to name a few. However, The Blau & Berg Company still believes that both large and small markets will continue to improve in the near future. As larger market rents continue to rise, additional demand will spread to tertiary markets. Key Indicators show that speculative development is also on the rise with over 5.6MSF under construction driven by e-commerce and the food industry. Last mile delivery service’s unquenchable appetite for high-cube distribution centers has created higher rents and less space, and has forced many of the traditional 3PL users into tertiary markets. We frequently work in these tertiary markets and see this rise occurring. We are cautiously optimistic about the markets in their entirety and look forward to the future. 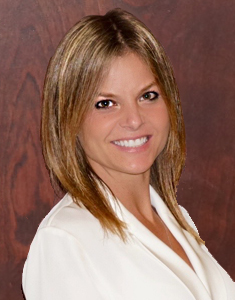