On May 10, 2019, talks with China ended abruptly; we saw the market tumble more than 600 points. This past Friday, President Trump responded by adding a 25% tariff on $200 billion of Chinese goods, substantially increasing the tariffs from their prior 10%.

So, what are tariffs? And who pays them? Tariffs are taxes. American importers pay a significant portion of the increase and US consumers pay the remainder. The American consumer experiences price increases in goods manufactured in China. Washers, dryers, and refrigerators have all increased in price. The American farmer also feels the pain. In order to minimize that farmer’s burden, the Trump Administration has offered to purchase this year’s crops from the Farmer Co-op at a price of $15 billion and take those crops and support third-world food banks.

What are the financial facts of increasing the tariff from 10% to 25%? The cost is approximately $135 billion to the US consumer. That may sound like a lot, but with respect to the United States Gross Domestic Product (GDP) of $20.5 trillion, it’s not all that much. The total amount of federal, state, and local taxes paid by the US taxpayer is $5.51 trillion or 26.9% of GDP. The increased tariffs raised the total tax bill to 27.5% of GDP. When you break down the numbers, it’s not all that significant.

China really gets hurt in the long haul. Importers will be less likely to purchase Chinese goods. This will have a significant impact on the Chinese Gross Domestic Product. With increased cost of Chinese goods, the US consumer will start looking for products manufactured in other parts of the world that are more affordable. Manufacturers located in China may seek new homes in South Asia such as Vietnam, South Korea, Singapore, Malaysia, Taiwan and Hong Kong in order to avoid the tariff.

The US consumer may be hurt in the short term, with higher import prices, and a fluctuating stock market. In the past few weeks, it needs to be mentioned that soybean and wheat prices have fallen which makes the cost of the food chain more affordable to the US consumer.

In the long term, China loses. As China searches around the world for new trade partners, it will struggle to replace the richest and largest economy in the world. Should the US and China agree on a new trade agreement, the US annual $500 billion trade deficit with China will be substantially reduced. The reduction of the US deficit will have a positive impact to the US economy and create a longer sustainability of this positive economic cycle. 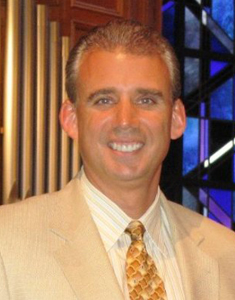