On January 1, 2019, President Trump enacted a 25% tariff on $200 billion worth of Chinese goods, substantially increasing the tariffs from their prior 10% on imported goods. American importers pay a significant portion of the increase, and US consumers pay the remainder due to the increase on goods manufactured in China. China’s economy is slowing however, with consumers holding back and infrastructure spending slowing sharply. This slowdown is expected to worsen as America’s tariffs ramp up. On the other hand, the United States has continued to experience vigorous economic growth, including the lowest unemployment rate since 2000.

For the industry as a whole, the tri-state area should not be affected significantly by the increase in tariffs. This market is already an overheated market where vacancy rates are at a historical low rate, with historical high rental rates. China really gets hurt in the long-run. Importers will be less likely to purchase Chinese goods and switch to nearby countries with equally low-cost labor. The US consumer may be hurt in the short term however, with higher import prices. For example, higher trade prices will increase the cost of goods sold, which will cause for higher per unit prices for consumers. Higher prices, typically equate to less spending. If this decrease in consumer spending is drastic enough, there is a slight chance that the federal reserve will lower interest rates. If this happens, it will be less costly for the average person to take out a loan or a mortgage. However, this increase in borrowing could lead to people over borrowing, similar to the housing crisis in 2008.

In my opinion, the current and potential trade tariffs on China and Mexico will not significantly impact the tri-state commercial real estate market, but with many variables in play, we may see some impact. The biggest potential impact will be upon the companies that rely heavily on importing materials from those two countries. These importers will most likely have a current facility within this area and are committed to a certain lease.

Therefore, only in the event that they have an upcoming lease expiration where they need to either relocate or renew, they will need to take into consideration the additional impact of the cost of importing their materials. Commercial real estate will most likely be affected by a trade war in terms of construction costs, since the US imports a significant amount of material (steel and glass) from China. The increase in construction costs would result in more expensive projects and higher rents which would impact commercial real estate prices overall. However, it is more likely that the trade war has already been priced into the market and that end users will not see a significant impact in their operations due to tariffs.

In the long term, China loses. Importers will be less likely to purchase Chinese goods and look elsewhere for equally low-cost labor. Manufacturers located in China may seek new homes in South Asia such as Vietnam, South Korea, Singapore, Malaysia, and Taiwan in order to avoid the tariff. As China searches around the world for new trade partners, it will struggle to replace the strongest economy in the world. The reduction of the US deficit will have a positive impact to the US economy and create a longer sustainability of this positive economic cycle. 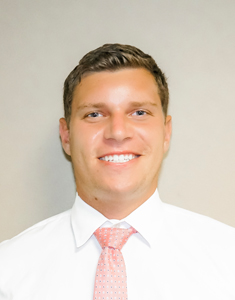