The NJ industrial real estate market has now been in a bull market since 2013. Prices have seen levels that were thought to be untouchable, as short as five years ago. Inventories are still relatively low and the question on everyone’s mind is, “Where do we go from here?”

First, let’s consider some of the potential risks that could negatively affect this market-higher interest rates: trade wars, gas prices, and a possible recession are the most notable. The Federal Reserve is scheduled to raise interest rates at least two more times this year. This will have a direct impact on investors’ returns, as well as consumer buying power. The foreseeable trade war is another concern for many. What type of impact this could have is unknown and will still take a few years to play out. Rising gas prices are also a major setback for industrial users and many owners think another recession is not far way.

Although these potential situations are abundant and downright nerve wracking, the economy somehow continues to be on a steady tear forward and is not showing any signs of slowing down. Unemployment remains extremely low at 4.0 % with 213,000 jobs still being created in June. Wage earnings are finally rising and banks are still lending at full speed. The DOW continues to float around 25,000 and GDP is pushing 3%. All of these strong economic indicators, coupled with global expansion will contribute to the US real estate market staying strong for several years.

Another factor revolves around current land opportunities and values. Purchases in the port areas are now closing in on $2M per usable acre for outside storage and lease rates are between $8,000 – $10,000 per acre, per month. Warehouses are averaging $150 per square feet and developers are forced to pay close to $50 per buildable foot for the dirt, as far as 15+ miles from the city. Is this a premium or now just the new norm?

If we consider the number of investors and developers still fighting for any half decent site, coupled with the fact that many New York operators are now getting priced out of the boroughs, it would appear that these new plateaus are here to stay. The New York to New Jersey relocation is going to play a major role for many years to come and New Jersey land prices will gradually continue to rise.

The glass remains half full from here, and the economy should be advancing for another 2 – 3 years. Enjoy the ride. 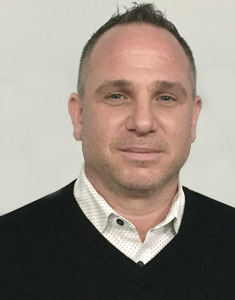