While the marijuana laws vary state to state in the United States, there is a need for commercial real estate within the legal marijuana industry. From the need for warehousing the final products to the manufacturing of the edibles (which a growing number of users prefer). These spaces are similar to any standard food production spaces and many may need a refrigerated warehouse component. In states like New Jersey, where there is legal medical marijuana, the effects on retail are minimal, as there are only five legal dispensaries. New Jersey requires all operations to be under one roof, meaning a legal medical marijuana dispensary would require retail, warehousing and refrigerated space, among other things such as a vault and the ability to keep the facility secure. This places a target on the dispensary since the retail location requires foot traffic, all of the stock is within that location and there are very few dispensaries throughout the state. Throughout Colorado, there are hundreds of locations that can sell marijuana, as it is legal in the state and not just for medical purposes. Therefore, in states that have broader laws, there will be a much broader retail marijuana boom.

Research from CoStar shows indusial rents in Denver grew by approximately 33% percent between 2014 and 2017, after the time of legalization. Cities that legalized marijuana, such as Seattle and Portland had growth in similar range, while other major cities without legal marijuana only saw increases of less than 20% percent during that same time frame.
Legalized marijuana does come with many issues as banks still cannot deposit cash from some direct marijuana related business, which puts some landlords, such as REITS, at a disadvantage, as they do not wish to collect rents in cash.

Enter cryptocurrency – can it solve the legal marijuana cash issues? Cryptocurrency is growing in its acceptance rate, but the value fluctuates with each hour of trading, making it hard for a landlord to accept rent this way, if at all. From the time the cryptocurrency is received and sent to the landlord, the rate can change 4 to 40 percent based on the day of trading. The HIPAA laws have not caught up with the fast-paced changing marijuana laws, making it difficult for medical marijuana card holders. The cryptocurrency and marijuana laws are ever changing and it seems that change towards profit is coming so commercial real estate will start to see more clients from the new industry. 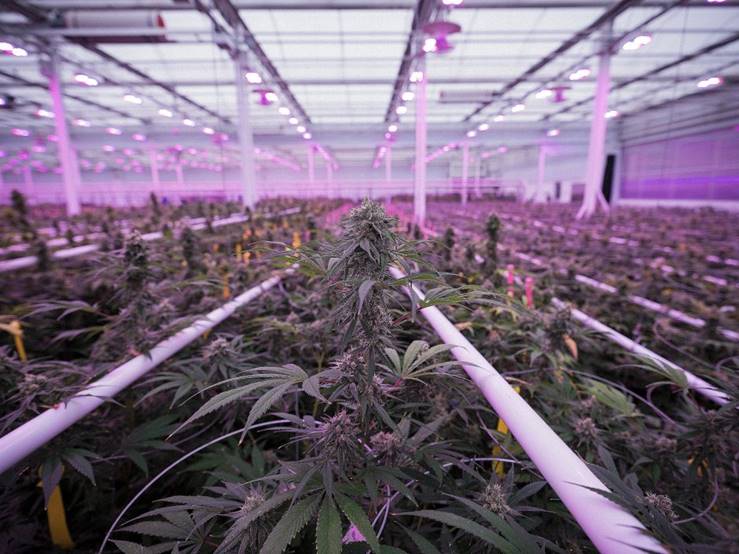